Browse: Home   /   english   /   The pressure to publish and scientific misconduct 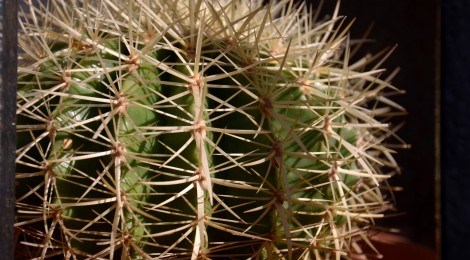 The pressure to publish and scientific misconduct

Every once in a while a big case of scientific fraud reaches public attention. Does that mean these well-known cases are exceptions, a few rotten apples…or might the rest of the fruit bowl also be affected?

A major part of a scientist’s work is to secure funding for future research. Obtaining funding is strongly connected to having a good track record. Thus, publishing is crucial in order to be able to continue your research efforts on the long run. How many scientists succumb to the pressure to publish, and present their data a little (or a lot) nicer than they actually were?

Several attempts to map scientific misconduct have been made, with varying results due to different methodologies. Scientific misconduct includes fabrication of data (making things up), falsification (wilful distortion of the data) and plagiarism (copying ideas or texts without acknowledging the source). Plagiarism is different from the first two situations, because it does not distort scientific knowledge like fabrication and falsification do.

Falsification can be a dangerous sliding scale, which includes omitting negative or conflicting data, as well as taking out a certain data point because ‘it is obviously not right’. There are many ways to ‘massage’ your data, and not many of them are correct or allowed. Making the data look better might not always be a conscious process, and it is often difficult or even impossible for reviewing colleagues to detect scientific fraud, let alone determine whether it was due to conscious efforts or to unconscious bias or carelessness.

A meta-analysis of previously performed surveys on scientific misconduct revealed that between 0.3 and 4.9% of scientists admit to have fabricated, falsified or modified data at least once (Fanelli, et al.). When asked whether they knew about a colleague who fabricated, falsified or modified research data, between 5.2 and 33.3% of the scientists responded positively.

Interestingly, clinical and medical scientists ‘beat’ biomedical and other sciences, with higher percentages of scientific misconduct. This could mean two things: either they indeed give in more to the pressure to publish and therefore “make” their data more publishable, or these scientists are more aware of the problem and consequences of scientific misconduct, and are therefore more likely to report it. Obviously, it is very difficult to circumvent underestimation of the results due to socially desirable answers, as scientists may not want to contradict their honest and objective reputation. But even if we may never know the ‘true’ abundance of scientific misconduct, it seems to be much more common than we, or at least I, tend to think.

Although the blog Retraction Watch lists an impressive number of retracted articles in various scientific disciplines, scientific misconduct does not always lead to serious consequences. Even if colleagues discover that something is wrong, it seems that few scientists are willing to act as a whistle-blower, and in about half of the cases nothing happens.

Not only scientists fail to resist

Recently, I published a book review here on BitesizeBio, about Jonah Lehrer’s ‘Proust was a neuroscientist’. Soon after, a friend pointed out to me that Jonah Lehrer had become ‘persona non grata’ in the publishing world, after he had admitted to having invented ‘quotes’ by Bob Dylan, in his latest book on creativity, ‘Imagine’. Needless to say, that is unacceptable. Furthermore, in his blog for The New Yorker, he had recycled texts that he posted on other blogs before. The New Yorker was not amused, and Jonah Lehrer had to resign. Jonah Lehrer was considered a rising star at The New Yorker. The expectations and pressure that came along with that reputation likely led to him crossing some crucial borders. Thus, pressure to publish can also be deleterious outside the scientific community.

Just don’t do it

The outcome may not always be as clear as Jonah loosing his job, but do realize that faking or modifying data is generally not worth it.  Resist possible temptations. Giving in may not directly have negative consequences for you, but other scientists will base their work on your data. Depending on the nature of your work, this could have serious consequences, including putting people at unnecessary health risks. It’s not good for science, it’s not good for society, it’s not good for your reputation as a scientist, and, it shouldn’t be good for your conscience!

Reference
Fanelli. 2009. How many scientists fabricate and falsify research? A systematic review and meta-analysis of survey data. PLoS ONE 4(5): e5738. Doi: 10.1371/journal.pone.0