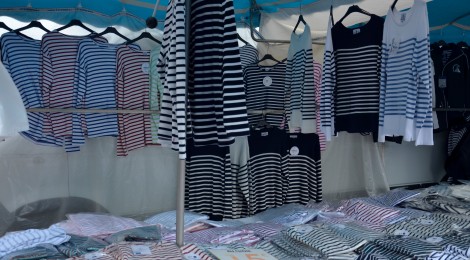 Epigenetics is the most rapidly expanding field in biology. In the second article in this series, I discussed which experimental techniques have been crucial in gaining insight into epigenetic processes. I will now shed light on what those and other methods have taught us.

As described in the first article, it has been long understood that not all genes are active in all cells all the time. Although every cell in our body contains the exact same genetic information, a wide variety of cells make up this body. We now know that epigenetic processes are responsible for the expression of the specific genetic information necessary to develop into a certain cell type, and therefore in an organism overall. All this happens in a heritable manner, without changing the nucleotide sequence. Put differently: epigenetics refers to stable but reversible molecular mechanisms that lead to a given phenotype without changing the genotype.

Now how does this work?

It all starts with epigenetic processes

Crucial epigenetic processes occur in the zygote, as early as briefly after fertilisation of the oocyte. Extensive chromatin rearrangements take place just after fertilisation, as nucleosomes are reintroduced in the paternal pronucleus, after they are replaced by other proteins during spermatogenesis. Moreover, the paternal genome is rapidly demethylated. The maternal genome is also demethylated, albeit through a passive mechanism, which leaves imprinted genes alone.

Imprinting is an important epigenetic mechanism that regulates gene dosage, by silencing one of two alleles in a small proportion of genes. The majority of genes are expressed from both the maternal and the paternal alleles at the same time. Of the small group of imprinted genes, only one of the parental genes is used for gene transcription. Imprints are established in the germline and maintained in all somatic cells of an organism. Via CpG methylation and histone modifications, monoallelic gene expression is achieved. Aberrant imprinting mechanisms cause abnormal development or disease, including cancer, as some imprinted genes are oncogenes.

The zygote is totipotent, which means that it has the capacity to differentiate into all different cell types of a certain organism. When the embryonic cell mass grows, it differentiates into more specialised cell types, losing part of its totipotency, becoming what is called pluripotent.

If you think back to Waddington’s epigenetic landscape, which I described in the first article of this series, you can imagine the totipotent zygotic cell at the top of the hill. It will obtain a more restricted phenotype as it rolls down the hill in the process of differentiation, towards a multipotent stem cell and ultimately a fully differentiated cell. Thus, certain future cell fates are ruled out as differentiation progresses. This process is accompanied by changes in the epigenetic signature.

To date it is not known whether the epigenetic marks regulate, or simply reflect a certain state of differentiation. Interesting in this context is that many loss-of-function mutations in chromatin remodelling and histone modifying enzymes result in early embryonic death.

The epigenetic signature of stem cells

Embryonic stem (ES) cells can be derived from the pluripotent inner cell mass, after a first step of differentiation has occurred away from the totipotent zygote state. ES cells are a valuable tool in developmental biology, for example to study epigenetic mechanisms in early development. In the pluripotent ES cells, gene promoters of tissue-specific genes are mostly methylated, which is logical when you remember that CpG methylation is generally associated with transcription repression. Conversely, pluripotency genes are often hypomethylated in ES cells. ES cells show an open chromatin structure, with abundant active chromatin marks (acetylation) and low levels of DNA methylation. Transcription factors and the transcriptional machinery have easy access, which is gradually lost upon lineage commitment, when transcriptionally inactive and condensed regions accumulate. More closed, de-acetylated and methylated regions are representative of the dynamic chromatin context of differentiated cells.

As usual, a clear black and white picture is not the right one: mixed situations exist as well, in which repressive histone marks co-occur with active marks at a given locus. These so-called bivalent domains require further elucidation, but the combinatorial pattern of histone marks may allow rapid switching between inactive and active states during differentiation.

Although there are many technical challenges to studying lineage commitment and the precise accompanying epigenetic remodelling, some general observations have been made. For instance, most changes in CpG methylation were seen in putative regulatory regions far away from known promoters, where enhancer regions might lie. In general, it can be said that core pluripotency genes are repressed upon differentiation, at least in part through increased CpG methylation. DNA methylation is generally considered to provide a stable, long-term silencing effect, for genes that are no longer needed. Histone modifications, on the other hand, are more flexible, useful for genes that might need rapid activation during development.

But, again, it is not as clearly divided as that; DNA methylation is also involved in developmental regulation during differentiation. Bivalent domains, repressed but ready for action, are not only found in pluripotent cells, as was previously assumed, but are also observed in more developmentally restricted cells.

You get the point; it is all much more complicated than I have been able to describe in what might still be considered a bitesize piece of text.

Future studies using high throughput methodologies will likely answer many of the remaining questions, but also complicate things further, as large data sets accumulate. Many research teams are putting effort into disentangling what is happening over the course of development, why it is happening, and how it can all be regulated so delicately.

Several research teams have recently succeeded in reprogramming different types of somatic cells into induced pluripotent stem (iPS) cells, by inducing expression of key transcription factors. These scientists obviously benefit greatly from the emerging knowledge about epigenetic events and in turn they contribute greatly to the knowledge of how a cell gains or loses pluripotency.

In Waddington’s epigenetic landscape, reprogramming of mature cells into an embryonic-like state could be seen as a push back up the hill. Precise characterisation of both somatic, differentiated cells and iPS cells, and understanding how reprogramming into a certain cell type is regulated and can be achieved, holds great promise for the future of regenerative biology.

Part 1: An intro into epigenetics
Part 2: The toolbox of the epigeneticist
Part 4: Disease mechanisms and therapeutic targets