Browse: Home   /   boeken   /   The Power of Simple Thought: a Book Review of “Proust Was a Neuroscientist”, by Jonah Lehrer 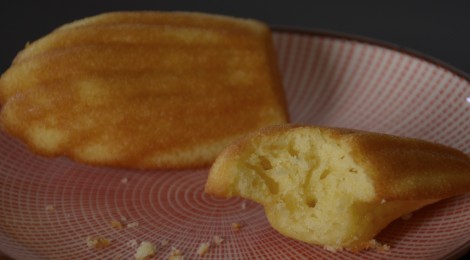 The Power of Simple Thought: a Book Review of “Proust Was a Neuroscientist”, by Jonah Lehrer

The back cover of this book says: ‘Science is not the only path to knowledge. When it comes to understanding the brain, art got there first.’The book was written by Jonah Lehrer, who used to work in the lab of Nobel Prize-winning neuroscientist Eric Kandel. He enjoyed reading books during incubations. What was meant as mere entertainment turned out to give him profound insight; what he was trying to prove with his experiments had already been predicted by Proust, almost a century ago.

His fascination for the theoretical discoveries of artists in the nineteenth and twentieth century resulted in the book ‘Proust was a neuroscientist’.

In this book, the author skilfully describes how these artists explored the human experience, closely observing and analysing what was not yet understood. By dissecting reality, breaking it apart, they explored their own experiences, and drew conclusions about the workings of the brain. These artistic intuitions would only much later be confirmed by modern neuroscience.

Proust found the truth in his bed

As the title gives away, Marcel Proust is one of the visionaries discussed by Lehrer. In his thirties, he hadn’t lived a very exciting life: he had all sorts of health issues and supposedly spent his time writing self-pitying letters to his mother. To escape oblivion, he decided to become a novelist. Bed-ridden, he made art out of the only thing he had (by lack of a real life!): memory. Influenced by the philosopher Henri Bergson, he celebrated intuition: thinking, lying in bed, would bring him truth. Reality, said Bergson, is best understood subjectively.

It hit Proust while eating a madeleine, a traditional small French shell-shaped cake. With the help of some butter, flour and sugar, he deducted a lot about the functioning of the brain. He realised that the senses of smell and taste bear very specific and unique sentimental memories, much more than the other senses: just seeing the madeleine had not induced the strong memory of his childhood that hit him when he bit into the madeleine. Neuroscience has now found the neuronal correlates for this strong emotional response to a smell or taste.

Another important, and very correct, insight of Proust was that our memories are quite inaccurate. Every time you recall something in the absence of its original stimulus, the memory is changed a little bit. He realised that memories require these transformations in order to exist. Again, neuroscience later found the mechanisms that lie at the basis of the plasticity of our memory.

Other great artists’ insights into neuroscience

Jonah Lehrer also tells about how Paul Cézanne realised that in order to see, we not only need the eye, but also our thoughts for interpretation. He explains how Igor Stravinsky came to understand that the brain has an innate capacity to adapt to new kinds of music. Although the audience that started a riot in the theatre in response to his piece ‘The Rite’ hadn’t quite reached that stage yet, the brain will eventually be convinced that something that previously sounded very wrong is right. Furthermore, the reader will learn that, guided by his tongue, Auguste Escoffier developed a new way of cooking, which forms the basis of French cuisine. Ignoring the style of the day, which mostly prescribed that food should look good, Escoffier was determined to get the taste right. He wanted food to taste like its essence, even if that required adding extra ingredients. He used veal stock as the basis of most of his dishes, the success of which can now be explained by the discovery of the fifth taste ‘umami’, or the tongue’s receptors for ‘deliciousness’.Gertrude Stein’s observations on how the brain deals with the structure of language, and how the brain cannot ignore this structure, fill yet another interesting chapter.

All these people drew important and surprisingly accurate conclusions about how the human brain functions, despite the fact that they only used their minds. Eight well-written and entertaining chapters give you insight in how these alert and curious people sought to understand, before technology allowed us to look at what is happening inside our heads.

Why I liked this book

To me, this book is about the power of ‘simple’ thought; it shows me how much we can learn from paying close attention and step-by-step reasoning, without the need for expensive equipment. Of course ,I’m not advocating to throw out the equipment. But we shouldn’t forget to take enough time for ‘simple’ thinking, before rushing to the magic machines. Using one’s brain is a crucial step towards answers. That may sound like stating the obvious, but I wonder if we always reflect on our work as much as we should, or could.

I wish I could say that clear, simple thought made me come up with that one experiment that lead to my Nature Genetics paper. Not yet. But this book inspires me. Thorough observation and clear thought are, or should be, the basis of our work, no matter how expensive and shiny your equipment.

NOTE: Just after this article was published, I learnt that Jonah Lehrer, the author of the book, has lost at least some of his credibility.
He had already gotten some negative attention earlier this year after it became clear that some of what he wrote on his blog for The New Yorker, he had already previously published elsewhere. Things got worse when he published his latest book, ‘Imagine’, on creativity. He got a little too creative, one could say, because he made up ‘quotes’ from Bob Dylan. Lehrer has admitted this, after being confronted with it by another journalist – and Bob Dylan fan. This has led to Jonah Lehrer’s resignation from The New Yorker and the withdrawal from the market of his book ‘Imagine’.
I haven’t read about suspicions concerning the content of his book reviewed above, but I thought it fair to inform you about the author’s current reputation.
Having said that, I think that even if some of the content in ‘Proust was a neuroscientist’ were not correct, it wouldn’t change much about it being a source of inspiration to me, as described.
In any case, the situation has sparked a new article idea- sometime soon I’ll write about fraud/falsification in science, so stay tuned!