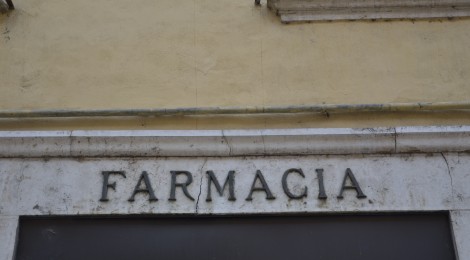 After having discussed what epigenetic mechanisms are and how we’ve learnt about what they do, it is now time to look into how epigenetics affect our lives if things do not go the way they are supposed to go. I hope I have convinced you that epigenetic processes are vital for an organism, in development and in mature stages of life. This is underscored by the observation that diseases develop when epigenetic modifications become aberrant.

Cancer is commonly regarded as the result of mutations in the DNA sequence. But cancer cells also show profoundly disturbed epigenetic processes. Global changes in DNA methylation, histone modifications and chromatin-remodelling enzyme expression profiles are seen. With regard to CpG methylation, both hypo- and hypermethylation are seen, depending on the region in the genome.

Massive hypomethylation is observed at repetitive sequences, which might induce genomic instability. If hypomethylation occurs at specific promoters, it causes the unwanted expression of oncogenes, and sometimes leads to loss of imprinting. Hypermethylation is seen in some CpG islands, silencing genes involved in central cellular pathways.

Although originally focus tended to be on the CpG islands in promoters, the concept of CpG island shores is now emerging. Recent data points at these slightly less CpG dense areas at the edge of CpG islands being the site of most cancer-related aberrant DNA methylation. Certain DNA methyltransferase (DNMT) enzymes are overexpressed in many tumour types. It is unknown why they only seem to attack certain regions, while others remain unmethylated.

Among some more generalised effects with regard to histone modifications, there appears to be a global reduction of monoacetylated lysine 16 on histone 4 (H4K16). Deacetylation is mediated by histone deacetylating enzymes (HDACs), which are overexpressed in cancer. Histone modifications often interact with DNA methyltransferases, thereby also affecting methylation profiles. Cancer cells also display global changes in the presence of methylated histones (loss of active H3K4me3 and repressive H4K20me3 and gain of repressive marks H3K9me and K3K27Me), thus the expression of the histone methyltransferase and histone demethylase enzymes also appear to be disturbed.

In addition to histone acetylation and methylation, histone phosphorylation seems to be involved in cancerous processes. Although the mechanisms have yet to be elucidated, histone phosphorylation may be important for the DNA repair response, chromosomal stability and apoptosis. Similarly, chromatin remodelling enzymes have been linked to cancer, but little is currently known about how they might be involved.

Anomalous epigenetic processes are now also increasingly linked to neurological disorders, be it neurodevelopmental or neurodegenerative disease. As we have seen that the precise regulation of epigenetic modifications is crucial for proper development, it comes as no surprise that this is specifically true for the central nervous system (CNS). The CNS is a particularly complex body system, with a wide variety of cell types with distinct functions and interactions. These different cell types have become what they have become under the tight regulation of epigenetic processes.

More generally, both hyper- and hypomethylation are observed in neurological disorders, and consequently transcriptional silencing or loss of imprinting respectively might be at the root of pathogenesis. With regard to histone modifications, histone hypoacetylation is the most commonly observed change, but also other nontypical modifications have been described.

In addition, epigenetic aberrations have been described for autoimmune disease, with an emphasis on DNA methylation. Several autoimmune disorders display hypomethylation, sometimes in specific loci, sometimes globally. Mutations in DNMT1 enzymes and deregulated miRNA-mediated effects have been appointed as causal factors. Altered histone modifications are slowly but gradually being discovered, including a possible immunogenic role played by histone modifications that arise in the process of apoptosis.

With everything that can go wrong, is there also some good news?

Secondly, the reversible nature of epigenetic modifications makes them very attractive therapeutic targets, much more so than ongoing attempts to correct the nucleotide sequence itself.

Interestingly, the fact that in many cancer cells tumour suppressor genes have been epigenetically silenced is advantageous in a therapeutic sense, since it renders the cancer cells more sensitive to epigenetic therapy than healthy cells. Moreover, it has been proposed that in certain cancers, treatment with DNA methylation inhibitors may potentiate chemotherapy, again by increasing the responsiveness of cancer cells specifically to the anti-cancer drug.

Although these are certainly promising findings and new therapeutic strategies will most probably accumulate in the near future, there is currently still considerable room for improvement. For instance, current means to inhibit DNA methylation are not locus-specific, thus they may induce genetic instability or activate other oncogenes.

Since histone-modifications are more dynamic and less stable than DNA methylation, they are attractive therapeutic targets. Indeed, restoring levels of histone modifying enzymes has been the subject of clinical trials and has shown a positive effect on disease progression in various disorders.

But, again, no specific modifying enzymes are available, thus efficacy is limited and the risk of side effects is prominent.

Hence, target-specific epigenetic modifying enzymes are the focus of ongoing research and should overcome the risks of agents that act globally, thereby reducing side effects and increasing safety and efficacy.

Part 1: An intro into epigenetics
Part 2: The toolbox of the epigeneticist
Part 3: Regulated regulation

← A Crash Course in Epigenetics Part 3: Regulated regulation
Statistics: A Good P-value is Not Enough →