Browse: Home   /   spoedcursus   /   A Crash Course in Epigenetics Part 2: The toolbox of the epigeneticist 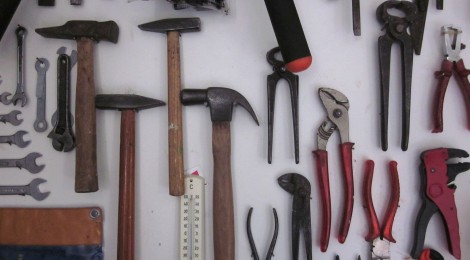 A Crash Course in Epigenetics Part 2: The toolbox of the epigeneticist

In the past decade, important advances have been made in the field of epigenetics. Obviously, unraveling epigenetic mechanisms has been greatly facilitated by technological developments.

I’ll try to give you an impression of the types of experiments that have helped fuel those new and exciting insights.

Yevgeniy Grigoryev has recently written an article on DNA methylation and how it can be studied, so I won’t repeat that information here. I’ll move straight to the more chromatin-based techniques.

A commonly used technique to study chromatin biology is chromatin immunoprecipitation (ChIP), which allows identifying in vivo DNA-protein interactions. Cross-linked protein-DNA complexes in a chromatin preparation from cells or tissue can be pulled down with an antibody directed against an epitope of choice, for instance a certain histone modification. The chromatin preparation includes a fragmentation step, to obtain DNA segments typically shorter than ~1200 nucleotides long. The DNA that is pulled down with the chromatin containing the histone modification of interest can be recovered and analysed by (quantitative) PCR. Samples that show more PCR product than the mock-IP are enriched for the histone modification in the region around the amplicon; thus the protein of interest is bound or very close to the amplified DNA region at the time of crosslinking. Comparing different conditions and amplicons gives insight into chromatin configuration under certain circumstances.

Another challenge remains in combining histone modification maps with other whole genome data sets, including profiles of gene expression, DNA methylation and the binding of chromatin-binding proteins, to obtain a more complete picture of epigenetic regulation of gene expression.

Chromatin conformation also needs to be considered in the 3D context of the nucleus. Interphase chromosomes reside in the nucleus in a non-random way, each occupying its own territory, and probably with a purposeful positioning relative to each other. In a technique called fluorescent in situ hybridisation (FISH), an individual genomic locus can be tagged and subsequently visualised inside a single nucleus by microscopy. Albeit a useful method, it is subject to the inherent resolution limits of light microscopy. Moreover, since only a few nuclei can be visualised simultaneously, FISH is not an optimal method for constructing detailed models of chromosome architecture.

More recently developed techniques now allow direct probing of molecular interactions, which, combined with genome-wide detection methods such as micro-arrays and massively parallel sequencing, yield comprehensive data sets on structural characteristics of chromatin, for entire genomes, in a single experiment. These methods either identify interactions of genomic loci with relatively fixed nuclear structures, such as the nuclear envelope, or detect physical associations between linearly distant genomic loci. Where the former techniques shed light on the position of a genomic locus in nuclear space, the latter elucidate folding behaviour of the chromatin fibre, to bring two loci in proximity, allowing them to interact.

The most widely used method to study interactions of two linearly distant loci is chromosome conformation capture (3C). 3C and derived technologies detect the relative frequency at which two distant genomic loci are in direct physical contact, thereby giving information about spatial folding of chromatin. I will leave it up to you to read more about the technical details if you are interested. 3C, and its successors 4C, 5C and 6C (…) have resulted in much insight into long-range chromatin interactions, either by genome-wide or specific anchor locus or protein focused approaches.

All these elegant techniques have taught us much about nuclear organisation and the very complex actions of chromatin. A picture is emerging in which chromosomes seem compartmentalised within the nucleus, where active loci (as indicated by expression levels and chromatin marks associated with active chromatin) are spatially separated from inactive loci. These nuclear organisational processes cannot be seen separately from some epigenetic marks, although the precise interactive mechanisms remain to be clarified.

Thus, the principles of chromatin organisation are gradually emerging, and pointing at a much more complex situation than the previously accepted dichotomy of either an open, accessible, active euchromatin conformation, or a condensed, inaccessible and repressed heterochromatin state. As many as five principal chromatin types, each with distinct characteristics and functions, are now recognised!

Who knows what additional technological advances may add to the level of complexity already identified? With further refinements of existing techniques, or development of entirely new approaches, researchers are bound to elucidate temporal aspects of all mechanisms touched on, as well as explore cell-to-cell variation.

Now that you know a little about what is going on in the nucleus, and how scientists came to know about that, in the next article I will talk about what these complex mechanisms are good for, how they affect development, and how all that may be orchestrated.

← Could crowd-funding work In science?
A Crash Course in Epigenetics Part 3: Regulated regulation →